Hygrosens manufactures a number of sensors for measuring temperature, humidity, light level, pressure. Their devices use a common serial data format for a wide variety of sensors, include 1-wire sensors from Dallas. This library reads the output from Hygrosens devices and passes it to a calling function as a hash. I have included an example that outputs the readings in human readable format, and another that stores the readings into a MySQL database. 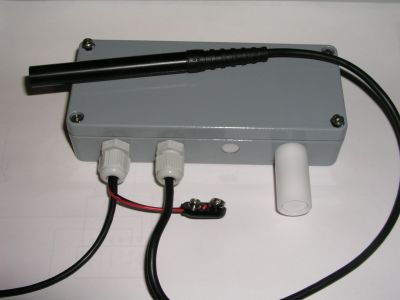 Weather station with temperature, humidity (relative and absolute), light level and pressure. The 9V battery adapter is my own modification for my 9V wall-wart power supply.

Hygrosens Documents The Hygrosens website is all in German, which I don't read. Here are english copies of some of their documentation